Who doesn’t love the anticipation of new releases and things that they plan on doing? Every month there seems to be something new and exciting ready to hit the market for our consumption.

Being ready to embrace them with open arms is all we can really do.

To showcase this, I’ll be sharing my top 3 for each category of things that I look forward to this month right here, right now! 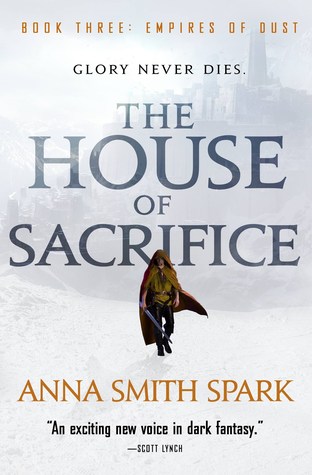 Although already out over at Harper Voyager, this edition will be coming out on August 13th with Orbit! I have only read the 1st book but this series is still calling me! I need to pick up the 2nd one ASAP!

I’m cheating here but I still wanted to share the trailer for DC’s Pennyworth. A show dedicated to Bruce Wayne’s butler before he became his butler.

The fourth season of Preacher comes out on August 4th, 2019!

As a huge fan of the first season of Mindhunter, a show based on the true crime novel Mindhunter: Inside the FBI’s Elite Serial Crime Unit, I was super excited to see the teaser trailer for the second season!

I’m not going to lie. The Fast & Furious franchise died ever since The Rock joined the crew. Every movie since his arrival took huge steps away from the idea of drag racing and became a 200% fantasy movie with plenty of car destruction. But… for a popcorn flick, it is excellent and allows you to shut down any form of intellect to enjoy pure chaos. I’ll probably end up watching this one with friends even if I don’t want to.

Out on August 2nd!

Based on the book series of the same name, with the screen story polished by Guillermo del Torro, I look forward to checking this one out. I actually won premiere tickets for this one too.

Out on August 9th!

I’m curious to see if this one will succeed or flop in the box office. Elizabeth Moss and director Andrea Berloff (Straight Outta Compton) are the real reasons why I’m optimist.

Out on August 9th!

August will be the last month of summer for me as Year 2 of my Ph.D. degree begins in September. The challenges to come are even more important than the first year and it’s definitely not the moment to be slacking off in any shape or form. I do look forward to the upcoming conferences that I’ll be giving out as they will imply traveling to the States if everything goes as planned.

The beginning of the fall semester always feels like the academic version of New Years to me and there’s always this surge of energy that comes with it that I can’t wait to feel. Then again, I also can’t wait for the winter Holidays. What can I say, being on vacation is just too much fun. 😀

Thank you all for checking out my monthly anticipation post!

Now tell me what you’re looking forward to this month! Any new releases? Anything you plan on doing?