Fantasy and science-fiction have always been my source for escapism with writers able to build worlds and universes with incredible detail to the extent that they bring them to life. While the final product seems effortless in its ability to vividly conjure the landscape, the lifeforms and the interactions, that penmanship merits a standing ovation when you’re ultimately fully engulfed in a world that seems plausible to your imagination. There remains, however, one genre that I had yet to explore and understand how it works and it is magical realism. Often described as a setting that is ultra-realistic that suddenly sees elements of the mystical unknown invade its territory, this genre remained a mystery to my eyes to this day. Thanks to the contemporary Japanese writer Haruki Murakami, known for having written Norwegian Woods, The Wind-Up Bird Chronicle and 1Q84, I have finally dipped my toe in one of the finest pieces of magical realism with Kafka on the Shore. With this novel, Haruki Murakami does the impossible as he tackles countless themes through a surreal dual narrative that simultaneously feels accessible and abstract to the reader.

What is Kafka on the Shore about? The story follows two distinct characters as their stories alternate and evolves with hints of overlap that suggest intertwined fates. The story hence follows a teenage boy who goes by the name of Kafka Tamura who has fled his home on a search for his long-missing mother and sister only to find himself mixed up in a complicated oedipal prophecy. It also follows the blinded adventure of Nakata, an aging old man who was struck by an affliction at a young age that turned him from a child-prodigy into an innocent simpleton. However, his quest will lead him into accomplishing incredible deeds that his gut tells him is necessary and inevitable for him to feel whole again. Where the lives of Kafka and Nakata connect remains a mystery throughout the story as their end goals are both nebulous and intangible.

If there’s one thing that should be kept in mind while reading Kafka on the Shore, it is its lack of guidance. While it is incredibly accessible and easy to get hooked to the story that unfolds, the characters are all influenced by actions and events that are often beyond their control. Ideas of faith, destiny, and prophecy are recurrent within the narrative and quintessential to understanding the author’s desire to keep things out of the reach of rationality while still completely dipped within absurdity. In fact, the story finds comfort within concepts that are mainly of the field of psychology whilst englobing them within a paradigm of mythology. There’s no denying that a lot of Kafka on the Shore is grounded in reality but the author’s ability to infuse abstract concepts that are usually much harder to explain and understand easily gives this story the pure components needed for magical realism and all this without ever being completely blunt and explicit about them.

I found a lot of pleasure in trying to solve the enigmas that Haruki Murakami loved to sprinkle throughout this story. While anything was possible, there always felt like there was a grander scheme at play, until you reach the ending and understand that every reader’s experience will be unique. What I also loved about this innocent story of purpose and identity is the author’s desire to tackle taboo themes in order to understand the concepts of life, love, and death. His use of bizarre characters and their firm conviction of the importance of these concepts makes their quest for answers even more compelling and intriguing. The interlaced narratives also made for an addictive experience where the need for development was excruciating but there’s a lesson that you will undoubtedly learn from Kafka on the Shore and that is that there are more questions than answers that you’ll get from all this but that is just how life goes.

Kafka on the Shore is a story wrapped in absurdity and existentialism where its dreamlike escapade as an epitome of magical realism brings its characters to challenge their destiny and find their purpose in life. 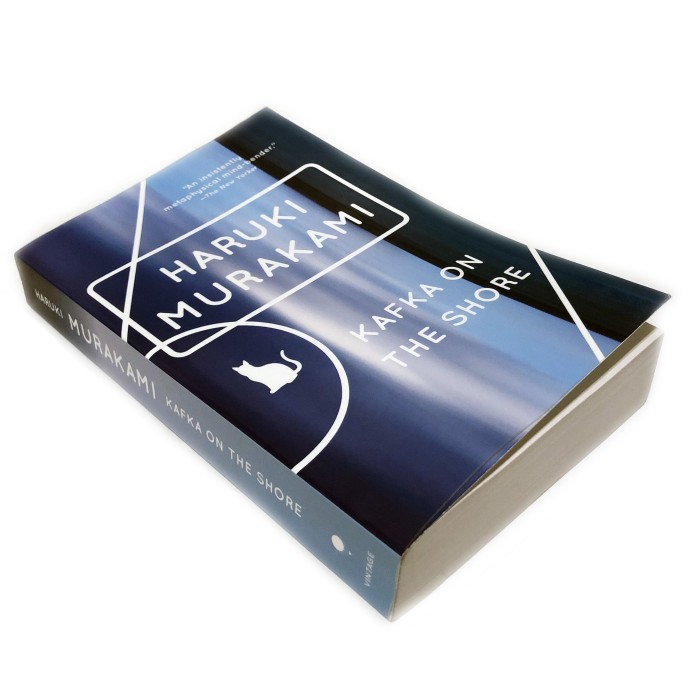 Thank you to Caroline for the phenomenal chapter-by-chapter read-along! I couldn’t have asked for a better partner! 😍

27 thoughts on “Kafka on the Shore by Haruki Murakami”