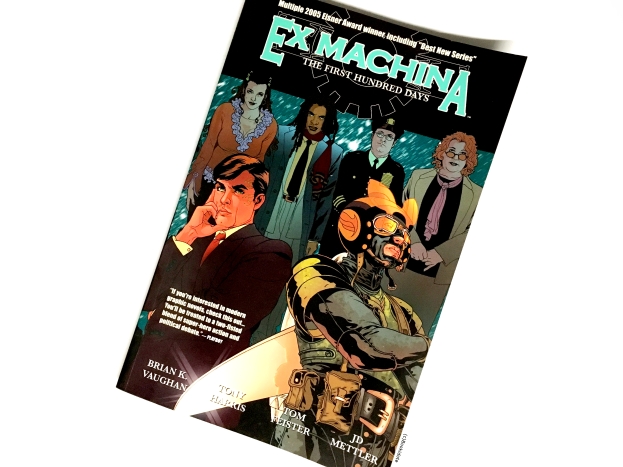 “It may look like a comic, but it’s really a tragedy.”

Set around the year 2000, Ex Machina (Volume 1) The First Hundred Days concocts a New York city politics-filled drama mixed in with a dose of realistic superhero vigilantism. Writer of countless renown series such as Saga, Y: The Last Man and Paper Girls, Brian K. Vaughan offers us the story of Mitchell Hundred as he randomly lives through a freak accident that presents him with never-before-seen superpowers. This volume collects issues #1-5 and gives us a glimpse into the origin story behind Mitchell Hundred and how he went from being a simple civil engineer to The Great Machine to the Mayor of New York City. Albeit a throwback to the early 2000s, this volume succeeds in capturing the atmosphere and social dilemmas that troubled NYC back in the day. The story also does a wonderful job in presenting readers with a protagonist who’s not exactly special in any way possible and who’s core personality remains genuine and unaltered, even when he’s gifted with powers. 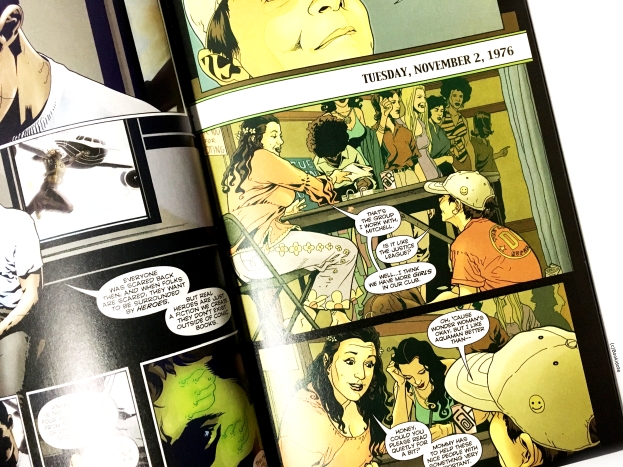 Mitchel Hundred is an original and authentic protagonist. His incompetence shines through his thick skull and makes his adventures that much more believable. His sudden ability to talk to machines (including guns) makes him a very intriguing character too. With the help of two of his sidekicks, one who’s an old Russian man who sees in Mitchell a new purpose in life by building him all the cool tech to turn him into The Great Machine, Mr. Hundred also doesn’t particularly spread hope in NYC by becoming the very first superhero. As he slowly realizes the harm that his suit and his action causes as he attempts to do good through social actions, he turns towards running for Mayor of New York City. While under restraints with his new title, he, as well as society, still remember that the man has powers and that there are people out there who don’t want any superhuman running around freely without any consequences for his past actions as The Great Machine.

In The First Hundred Days, we’re teased with a bunch of different potential threats that come into play as Mitchell Hundred tries to do his job as Mayor. In this first volume of this political thriller, freedom of speech through artistic expression is one of the main debates raised by the author. Cleverly incorporated and made relevant (especially when you remember that this series was also created around the year 2000), Brian K. Vaughan does an excellent job in exploring the many facets of the problem, as much on a societal than an individual level. This first story arc also delivers its story by interspersing the narrative with two different past narratives. In fact, the volume kicks off with the protagonist telling us he’s about the explain what’s been going on for the past years, and as we get the most “present” narrative, we also get the one that explores the life of Mitchell Hundred as The Great Machine. While sometimes it felt choppy, it still did its job in giving us a good idea of what his life has become. 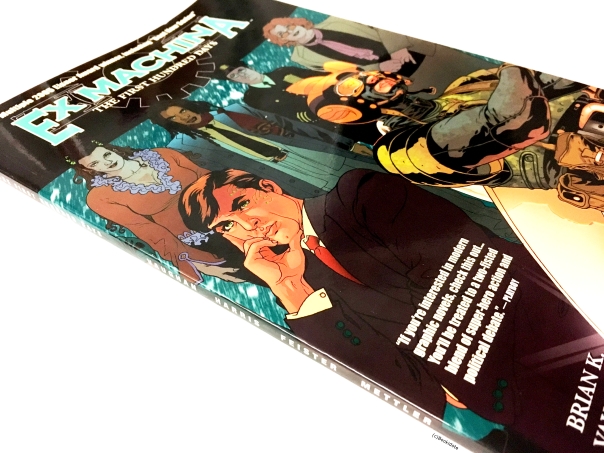 The artwork is also very compelling and has its own colour-correction with a very pale-hued direction. In fact, it felt like every issue explored all three primary colours (red, green and blue) in subtle ways. Apparently, every character was also based on real pictures, and it truly did help in giving each of them a realistic touch. There’s definitely no complaint in that department. Ex Machina (Volume 1) The First Hundred Days gives a wonderful look at a New York City after 9/11 and delves into some interesting topics that were highly pertinent during those years (and to some extent, sometimes still relevant today). Now that every card is laid out on the table, I’m definitely curious to see where the story will go with ideas of gangsters, terrorism and racism being teased here and then. It is only a question of time before we’ll also find out if the new mayor of New York City will have to put on his suit to do things that others can’t. 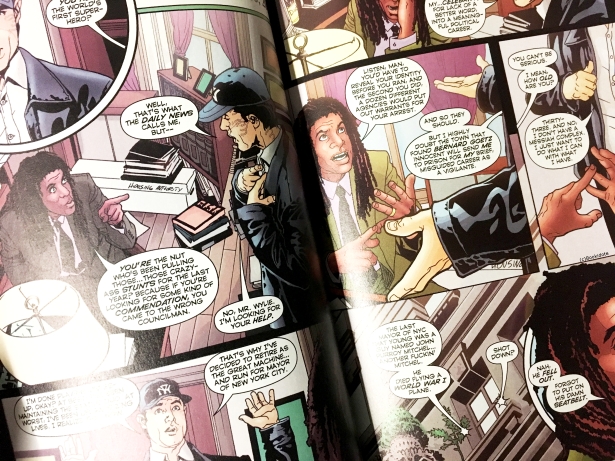 Are you interested in Ex Machina (Volume 1) The First Hundred Days?

How about you read this comic for yourself!

You can purchase your copy @Amazon Canada or @Chapters Indigo now!