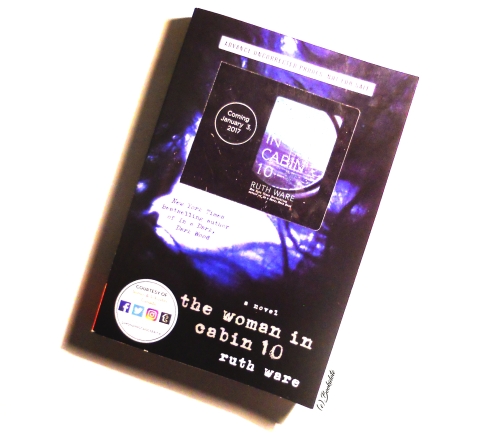 After checking out Ruth Ware’s In a Dark, Dark Wood and appreciating the patent Agatha Christie inspiration in her stories, I couldn’t pass on the opportunity to read her second book, The Woman in Cabin 10. This time, the story essentially takes place on a luxurious cruise ship. How is that possible? Leave it to Ruth Ware to bring readers a closed-room whodunit mystery. If the setting isn’t enough to convince you of its potential, then watch a fascinating protagonist hinder your ability to trust the narrative. In the end, you’re bound to find a great mystery with Ruth Ware. The story kicks off with Laura Blacklock, a travel journalist who’s been lurking in the shadows of her coworkers and waiting for a golden opportunity to prove her worth for quite some time. After experiencing one of the most traumatic experiences in her own home and coming out of it unharmed, she’s propelled onto an assignment to cover a cruise on the Aurora because of her coworker’s sudden and unfortunate unavailability. In front of a grand number of sketchy high-profile figures, a couple of journalists with hyena-like personalities, an ex-boyfriend and a mysterious cruise ship staff, Laura Blacklock will come across something terrible by being at the wrong place, at the wrong time. A desperate need to find out the truth then takes her over.

With a perfect setting for an interesting mystery, one can only expect things to take a turn for the worse upon entering the cruise. There’s a particularly large number of characters presented throughout the story that makes it a lot harder for a reader to focus on one potential culprit till the end. In fact, with the speck of insight we get on their personal history and personalities, every character could have something scheming behind the mask they put on. I’ll have to admit that the story is really drawn out, only having some rare instances of action and thrill throughout the book (except when you reach the exceptionally breathtaking final scene). Although the writing compensates a lot for the lack of intensity throughout large bits of the story. The details and the inner voice of Laura—which is sometimes quite pejorative—make this an interesting read no matter the slow and steady whodunit story.

However, the focus is essentially on the suspense that is slowly built up. Watching Laura Blacklock try to figure out her next step when she’s confronted with countless obstacles was quite interesting. With scarce resources, she continuously finds herself in a pickle that has everyone, including herself, doubting her words. To top things off, being a character with multiple issues (from alcoholism to post-traumatic stress and anxiety) doesn’t help her case very often. However, I also found that there was something quite unsettling about the way Laura Blacklock felt about certain things, especially her level of empathy/understanding of some characters which was just a little too off. Maybe if we had known her character in a past story, this wouldn’t have seemed bizarre here. While her unreliable nature also takes away reader’s ability to connect with her, she remains a very fascinating character. After all, we don’t have much choice but to follow her lead and acknowledge her understanding of events to try and figure things out with her.

The fact that the story is long and spare on high-intensity scenes can sometimes make this feel quite tedious. However, I was recaptured by the mystery once I found myself in front of those short little journal pieces/emails/forum discussions that were put at the end of each part of the book. These glimpse into the future—sometimes a bit awkward—managed to enthrall me and keep me intrigued till the end. They were unquestionably the necessary pieces to keep the story interesting. Withal, the ending took quite another pace and direction. It was well dealt with since it changed the atmosphere a lot. In fact, I was quite fond by the whole claustrophobic nature of story and how the concept of privacy was completely flipped upside down throughout the mystery. The final moments also brought that claustrophobic feel in a much more paradoxical way (what shouldn’t be, now is; if that makes any sense) and managed to close up the story quite neatly. 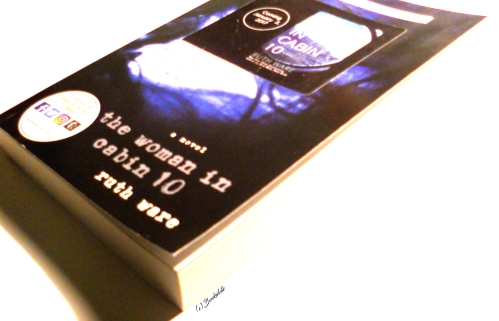 The Woman in Cabin 10 definitely delivers a suspenseful and great mystery that draws inspiration from Agatha Christie’s classic stories. Although Ruth Ware’s second novel might take its time to build its suspense, it cleverly dives often into its characters inability to solve a mystery and succeeds in conveying a claustrophobic and gripping story. The story of Laura Blacklock is one that promises deception where it is least expected. Her trip is one that will make her realize how her past will further drown her in doubt than the much needed certainty that she seeks. The Woman in Cabin 10 also thrives in destroying the idea of privacy and the ability to feel safe. With a spellbinding talent for writing, Ruth Ware’s latest book is a great suspense novel where the thrill is spaced out to keep your heart rate rocking at the same pace as the Aurora’s tumultuous trip through the Norwegian fjords.

THANK YOU TO SIMON & SCHUSTER CANADA FOR SENDING ME AN ADVANCE COPY FOR REVIEW!

Did you read The Woman in Cabin 10? What did you think about it?

You haven’t, you say?

How about you read this book for yourself!

You can purchase your copy @Amazon Canada