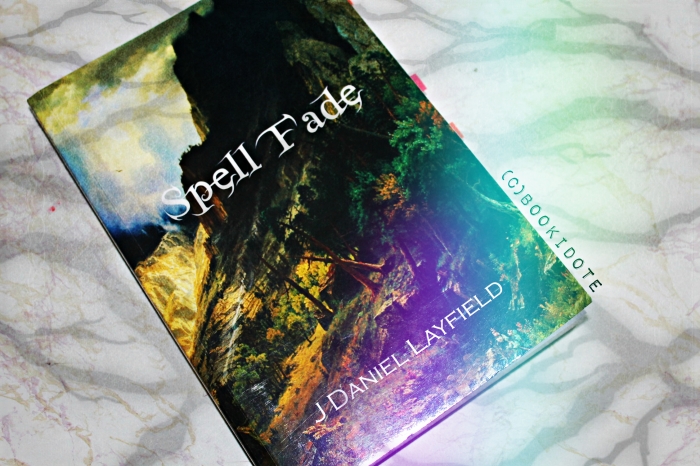 “The subconscious is the root, the beginning of all wishes and desires, and it plays a strong role in a wizard’s power.”

It’s easy to get lost in a fantasy novel. All it takes is an author able to reconstruct a believable but implausible universe. An author setting up an intricate yet simple plot capable of sweeping you off your feet and capturing every moment, as tiny as it may be. An author that helps you blindly wander through countless adventures, accompanied by various characters with particular personas. It’s by identifying yourselves through the characters that readers are blown away and feel nonfictional emotions towards fictional characters. Wait a second. That didn’t sound easy. Spell Fade was definitely a fantasy novel that excelled on several—not all—fields and managed to deliver a linear and entertaining fantasy adventure tale. Set in Pavlora, a moribund Great Wizard needs to quickly find a ruler for the kingdom before it also follows him to death. However, Dartan, a boy raised in a farm, doesn’t realize that the future lies in his hands and his hands holds more power than one could every imagine.

“As I told you before, magic comes directly from your own will. Its strength and purpose come from within you.”

This novel plays out like a good ol’fashioned magical adventure cartoon. The characters were all lively and each had their own personalities. The world-building was kept at a minimal but the author still managed to capture an entertaining universe. What I truly enjoyed of Spell Fade was how J. Daniel Layfield managed to create a well-balanced novel with great characters, interesting villains and a compelling fantasy environment with a perfect touch of entertainment in every possible scene. Every character manages to evoke a reaction, even if its just a face-palm because of the giant ego of one character. Being able to arouse reactions from readers through great characters is always a good thing for the book. The major downside in this novel lies in its details. In fact, its the lack of details that really bummed me. The novel contains brilliant ideas and is perfectly constructed in order to create a great flow to this fast-paced novel. However, most scenes could’ve benefited of ample descriptions and longer adventures just to have Pavlora swallow readers whole and make this a much better immersive story.

“There were some things about himself that even magic would never change.”

Spell Fade also contains its fair share of fun surprises. Although it may become quite obvious and predictable at times, the author still has several clever and entertaining moments spread across the novel. Honestly, once I finished this novel, I was craving for more fantasy stories. I also hoped the book would end and somehow insinuate discreetly a potential sequel, but from the look of things, this novel is a standalone adventure. As previously mentioned, Spell Fade contains just about everything. From romance to unexpected gore-filled action. The humor was also amusing, especially when Logan was introduced to the cast. The life he brings and the chemistry he creates between everyone is one to applaud. His evolution was truly subtle and appreciable. In fact, character development in this novel was well executed. Details could’ve helped in making this novel an undeniably fascinating Arthurian adventure. Scarce descriptions is probably the sole reason for the difficulty in connecting with some characters or even feeling connected to them. Even if they were portrayed quite well, the novel still felt like it was missing the extra layer needed to purely love the characters and the love. Nonetheless, Spell Fade is without doubt a quick fun read.

Spell Fade is a beautiful bowl of humor, adventure, romance and magic. It’s fairly easy to eat this up quickly and wish you could have some more. This story of wizardly sets Dartan and friends on a linear blind quest that reserves plenty of surprises for them. Thanks to J. Daniel Layfield’s writing, the book has an excellent flow and helps read through this novel without any struggle whatsoever. The author succeeds in creating a unique universe with a fun magical touch to it. He assures fantasy fans that the genre still holds plenty of potential undiscovered angles to tackle upon. This novel is definitely worth your time.

As always, don’t forget to share your thoughts on this novel and this review, as well as like and follow us as we continue to get you guys reviews to enjoy. Are you still interested in this fantasy-adventure story? You can purchase a copy of Spell Fade

by clicking on this hyperlink!