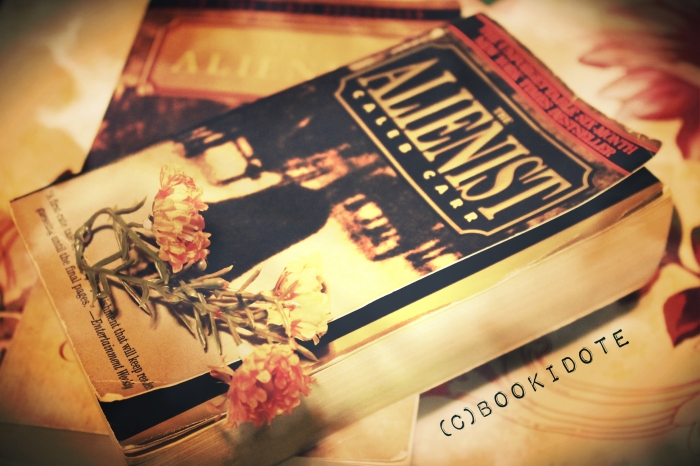 “The defenders of decent society and the disciples of degeneracy are often the same people.”

Hello. My name is Lashaan and I’m a sucker for classics. It comes as no surprise that the year is about to end and you can’t help but admire all those juicy, scrumptious, voluptuous and jaw-dropping novels you’ve had the chance to read. The year 2015 marks the year where I’ve vowed upon myself to read every cult classic and hit novel that have made a name for themselves in the world of literature. Ambitious, isn’t it? Don’t worry. We basically all strive to read books and unconsciously—consciously for some—make it a part of our lives. Doesn’t that mean that we are all never-ending consumer of words, that books will never seize to be published and that they’ll eventually all reach our hands? That’s right. We technically all aim to read everything while never being able to reach an end. And that’s what’s so magnificent about reading. However, what’s troubling about the year 2015 is that it also marks the year where I’ve read the most books in a year and a lot of those are classic masterpieces. It’s in being able to decide what left the biggest impression on my story-hungry mind that scares me. I just can’t answer that. But there is one thing I can say. The Alienist by Caleb Carr is one of my favorite reads of all time.

1896. New York City. New York Times reporter John Schuyler Moore is mysteriously brought to the East River. He discovers the corpse of a child placed in the most unusual position. This is where our narrator brings us on a journey for the hunt of the most intricate killer that New York has ever encountered. Following the infamous Dr. Laszlo Kreizler, an alienist (archaic term used for psychologist), they recruit members to an elite secret team meant to catch the killer before the news of a killer spreads chaos in the Big Apple.  The story explores diverse theories and hypothesis in order to dissect the mind of a criminal with no face or name. A big whodunit tale with exceptional historical references. The Alienist is definitely a genre defying novel. Historical crime thriller can put this on a shrine and praise its beyond-diamond quality. 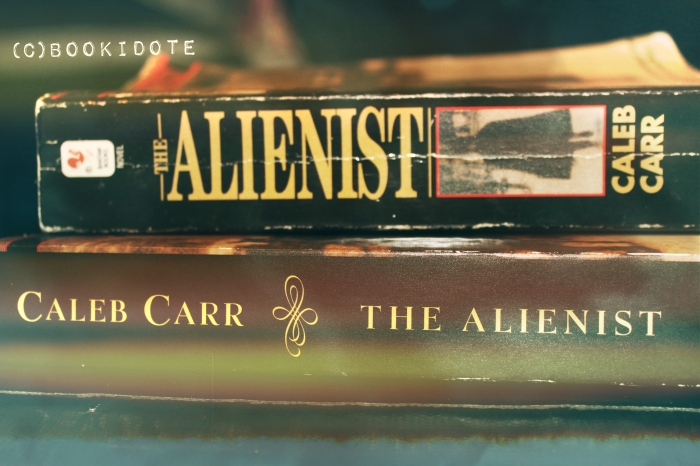 “You know Mr. Moore, you wouldn’t figure a stinkhole like this city to have so many stars over it. Seems like the smell’d be enough to drive ’em away…”

I’ve never come across a novel that has such a frightening grip on suspense and story-telling capabilities. It’s truly amazing how every chapter is written with meticulous precision leaving readers with a cliff-hanger bound to keep you flipping through the book till dawn. The writing is inexplicably amazing. It manages to draw upon the very essence of every word and make detailed and beautiful sequences for the mind to indulge on. Caleb Carr is without doubt a man with a great way with words. New York has never been this well described. The author doesn’t hesitate to take readers right out of the comfort of their seats and place them right in the middle of an avenue in New York. The story itself is entertainment at its finest, and having beautiful writing to spellbind readers does this book wonders. The plot extends over multiple months of searching, theory-crafting and hunting. It explores theories on the killer based on ideas that historical researchers have shared with the world. While Dr. Lazlo Kreizler is an unorthodox researcher who believes strongly in the concept of context, experience and their influence on an individual’s action, the author confronts multitude ideas, often controversial, to add spice to the tale. In fact, as you progress through the story, every potential hypothesis that you create gets challenged and helps craft a more complex and beautiful profile of the killer. 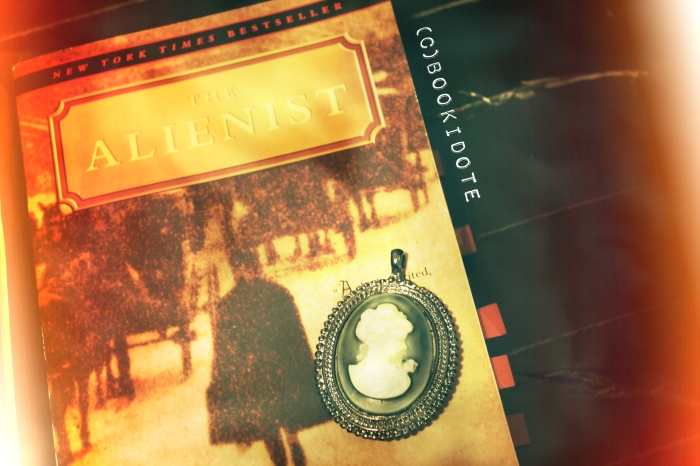 “Because he was—perversely, perhaps, but utterly—tied to that society. He was its offspring, its sick conscience—a living reminder of all the hidden crimes we commit when we close ranks to live among each other. He craved human society, craved the chance to show people what their ‘society’ had done to him. And the odd thing is, society craved him, too.”

The historical aspect of this masterpiece alone had me salivating from cover to cover. I love how real-life historical characters make their appearances in this novel and have their own unique personalities. In fact, Theodore Roosevelt was one of the most remarkable characters in this novel and his persona was on point. If it was food, it was most definitely delicious. Other significant characters also make cameos and its just as much surprising as it is thrilling to recognize them. Caleb Carr also creates exceptional characters for The Alienist. Kreizler is unorthodox, wise, mysterious and lives in his own little bubble of crazy ideas. A lot of readers can definitely recognize hints of Sherlock Holmes in his manners and actions. John Moore on the other hand can easily be reminded of John Watson. However, these two characters are unique on their own and that’s is really surprising. Caleb Carr does an amazing job with these two and manage to create great chemistry between them. Even better, two other characters are also presented; brothers, in fact. These two have a beautiful relationship that can easily be translated on the big screen through talented actors. Their presence added humor and light to what would otherwise be a dark and heavy tale. This novel contains one of the best set of characters ever presented. Every single one had something to offer and differed from one another. Simply phenomenal.

“Imagine, [Kriezler] said, that you enter a large, somewhat crumbling hall that echoes with the sounds of people mumbling and talking repetitively to themselves. All around you these people fall into prostrate positions, some of them weeping. Where are you? Sara’s answer was immediate: in an asylum. Perhaps, Kreizler answered, but you could also be in a church. In the one place the behavior would be considered mad; in the other, not only sane, but as respectable as any human activity can be.”

Any fan of crime, suspense, thriller or historical fiction shouldn’t waste a minute, no, a second to read The Alienist. Although the ending can leave a gaping hole in a man’s heart, it is one that can definitely be compensated by the amazing story that you will have red. The Alienist is a novel that will pleasure every sensory neuron in your body. It soothes tortured soul with its dark and eerie story. It simply memorizes individuals who crave for a sinister adventure in the depths of New York. If there’s a book out there that deserves to be read for its beautiful New York inspired world, its unconventional and refreshing characters and its basic, yet elaborate plot, its definitely The Alienist. You’ll feel like you’re right in the middle of the investigation, that you’re contributing in their construction of a killer’s profile and that you’re the one who’s going to put your finger on the man responsible the atrocious murder that brought together Dr. Kreizler and friends together.

Don’t forget to share your thoughts about this review and the book, as well as like and follow us as we get you guys more reviews to enjoy. So how about you try this novel for yourself? If you’re interested in this story, you can purchase a copy of The Alienist

10 thoughts on “The Alienist by Caleb Carr”